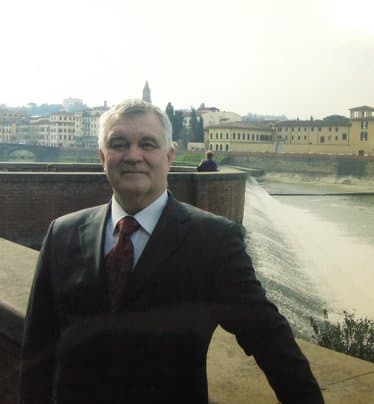 The outstanding Soviet acoustics professor I.I. Kliukin wrote a book called ‘The amazing world of sound’. It begins with the words: ‘We live at the bottom of the ocean of air and are surrounded by sounds – mechanical vibrations, propagating through any elastic medium’. He wrote about the great role of sound in our life, technology and science. Acoustics is a branch of knowledge; it is the whole world that gives us benefits and joy, but sometimes troubles and harm.

Engineering acoustics is the science that is studying noise and sound vibrations and devises methods of controlling them. Scientific basics of engineering acoustics were laid in the second half of the twentieth century and its achievements find wide practical application nowadays.

There are many examples of such application. Possibilities of wide and efficient use of jet passenger airliners were implemented only after sufficient reduction of the noise emitted by them into the environment. Many city dwellers perceived marked noise reduction in their flats equipped with special soundproof windows. Comfort inside of a modern car is associated in the first place with low noise level. Every day we encounter examples of successes (or failures) of engineering acoustics – when we come down in the underground, go by tram , switch on the air-conditioner, vacuum cleaner or washing machine, awake in the night because of the roar of a motorcycle sweeping past our house. Engineering acoustics gave rise to such impressive facilities like multistory jet and turbojet engines test boxes dampening systems, tens of thousands kilometres of noise barriers along the railways in the USA, Germany, Japan, Italy and other countries, and also mass anti-noise devices, for instance exhaust silencers of internal combustion engines, produced every year in hundreds of millions of items all over the world, and many other things.

When we ask ourselves a question, what is the primary goal of our modern civilization, we will venture to affirm that this goal is to improve human life, make life more comfortable. If it is so, then ecological safety, environment conservation are becoming almost main problems when reaching this attractive (but, unfortunately, impossible for all people on Earth) goal. The priorities of the civilization development have substantially changed during the last decades. Famous German acoustics professor M. Heckle noticed that technologies with main trends of  ‘bigger, faster, higher’ at the present stage changed to modern ‘better, safer, quieter’.

R. Koch called noise ‘the plague of the twentieth century’. This problem remains no less actual in the twenty-first century. Indeed, excessive noise is a real disaster of our civilization. There is an opinion that more than 30 percent of all the city dwellers’ diseases are related to long-term influence of excessive noise: tiredness, rise of blood pressure, gastric ulcer, memory impairment, neuropsychic diseases. Intense noise can also lead to aggression, weakening of hearing and working efficiency slowdown.

Many journals dedicated to the problem of noise are published in the world. These are in the first place ‘Journal of sound and vibration’, ‘International Journal of Acoustics and Vibration’, ‘Applied Acoustics’, ‘Journal of the Acoustical Society of America’, ‘Acoustical Physics’ and others.

For many years we have been publishing in Russia the abstract journal ‘The Noise’, but its objectives were quite specific. It seems to me that publishing in our country a journal devoted to theory and practice of controlling noise and vibration under the aegis of the famous Baltic State Technical University ‘VOENMECH’ named after  D.F. Ustinov is a good idea.

This idea was stated by the participants of the Fifth All-Russian scientific practical conference with international participation ‘Excessive noise and vibration protection’ (March 18-20th 2015, Saint-Petersburg) and my young colleagues-acoustics working at the ‘Ecology and life safety’ chair of our University. This idea was supported by the editorial board of our journal.

We are inviting professionals not only from our country, but also from abroad to cooperate with the Journal.

We are looking forward to your articles and notes. Our young journal called ‘Noise Theory and Practice’ is bravely shipping out into the sea of information with hope and enthusiasm.